LOS ANGELES and BARCELONA, Spain, Feb. 19, 2016 /PRNewswire/ — Visionary entrepreneur Jon NEVERDIE Jacobs has been selected to represent the rapidly expanding Virtual Reality (VR) industry as the voice of ‘all things’ VR, as a speaker on the highly anticipated ‘Entertainment Showcase’ conference panel of the Mobile World Congress (MWC), the leading industry conference for mobile technology and related industries.  The conference panel takes place on the GSMA Mobile World Showcase stage, on Tuesday, February 23, from 1 PM – 2 PM (CET)/12 PM – 1 PM (GMT), in Barcelona, Spain.  A cyber-celebrity and global VR visionary, NEVERDIE Jacobs’ participation on the panel will accompany a headlining appearance at the MWC’s companion Gamelab Mobile confab where he will lead the industry-leading group’s discussion on ‘games skills as currency’ in the emerging VR world.  The panel joins a slate of appearances with top technology executives which is the most recent stop on a global press tour to promote his campaign to become the first-ever ‘President of Virtual Reality.” 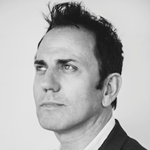 Jon was born in England in 1966. As an actor, musician and filmmaker he has made two albums and over 30 indie movies including The Girl with The Hungry Eyes, Hey DJ the Movie and Lucinda’s Spell. In 2002 inside Entropia Universe he created the iconic Avatar known as NEVERDIE, who has become a World Famous Virtual Reality celebrity and globally recognized as a pioneer of pop culture in Virtual Worlds. In 2008 Jon’s Club NEVERDIE entered the Guinness Book of World Records as the Most Valuable Virtual asset. Jon founded NEVERDIE Studios in 2008 and specializes in producing Iconic Virtual Reality entertainment; including Pop and Rock Icon destinations for Michael Jackson and Lemmy Kilmister from Motörhead and Hollywood Movie inspired experiences that include KING KONG, ZOMBIE KONG and The THING in partnership with NBC Universal, Licensing and Partnerships. NEVERDIE Studios developed and operates and the ROCKtropia Virtual World and POPtropia, a Pop Culture Virtual Reality Hub. In 2015 Jon launched his campaign to become the First President of Virtual Reality so he can champion a future to create a Billion Jobs in Virtual Reality.

AmeVRica – The Promise of Political and Economic Change in a VR Government November 1st,…

http://thesurge.com/stories/first-president-virtual-reality-can-help-earn-money-like One of Jacobs’ more audacious ideas is a new world in progress called AmeVRica.…

Mindark announces Teleporter Deeds a No Go in Entropia Universe!